When I was in my twentieth, I had a pair of friends who used to organise evenings of reading in their flat for a bunch of young people. I do not remember if there was served any food (probably just what participants brought with them) but there was always prepared a big pot of strong black tea with a pinch of cinnamon, the flavour was very unusual to me at that time.

The reading was voluntary and everybody was welcome to participate in it. One could choose any book and any section of it to read it aloud to the others. To make them think, discuss the matter or laugh, there were no restrictions applied. Of course, sometime I was delighted with the chosen piece, some other time I failed to comprehend what was interesting in it but in that case I was wondering about why the person found it attractive enough to read it to the others.

I joined in once and presented a section of Gerald Durrell’s book, a funny story intended for making other participants laugh as it seemed to me that there were too many intellectuals there eager to debate incomprehensible issues I did not feel comfortable with. I am not aware of the title of that book any more but I was a big fan of Gerald Durrell at that time and read many of his stories. I still have lots of his books at home. I liked his humour and I also liked his interpretation of a zoo as a shelter for endangered animals where their needs are respected.

In Pilsen, where I was living, there is a zoo which was a concrete barred realm without much fantasy at that time. It has changed so much lately. In the last 20 years the zoo got rid of the bars, built new runs and planted many bushes and flowers – so many labelled with their names both in Czech and Latin, created thematic sections – the last one is an Australian section gathering fauna and flora typical of Australia, and acquired new animals. And tried new combinations, e.g. monkeys and big tortoises together, which is obviously fun for the monkeys. I believe that many of the animal inhabitants of the zoo live a pleasant and comfortable life there. Nevertheless, those of you who do not like the concept of zoos itself would find a lot which could still be criticised, I can see that too. Some things can be improved, some not, that is the way it is with the zoos.

Despite the imperfections, I like to go to the zoo from time to time, to see improvements and admire new ideas and of course, to take a few photos. Funnily enough, rather of flowers and bushes than animals. But there are exceptions as you can see in the capture above. That cock looked very uncommon and was roaming freely in a less visited part of the zoo, together with two hens. He made it to the list of my favourites that day.

Stepping twice into the same river 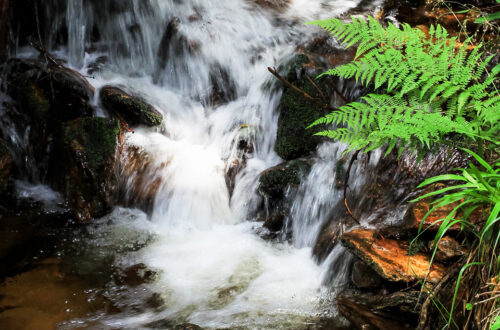