From Monday to Friday, my husband’s alarm clock goes off at 5:00 a.m. My alarm is set for 5:01 and follows shortly. I like to stay in bed for a few more minutes to wake up properly so I stop the ringing as soon as it starts and try not to fall asleep to get to my workplace in time. Surprisingly I rarely fall back to sleep.

This Tuesday morning belonged to those rare exceptions. When I heard my husband’s tender voice calling my name, I opened my eyes with a start to find out that it was almost half past five. To get even bigger shock, I woke from a vivid dream. Colours and emotions of the dream were strong and sharp and the combination of the dream and reality was overwhelming.

In the dream I was participating in a competition. There were two pairs competing against one another. I don’t remember clearly my partner but I knew he was there as well as the other pair and a moderator. After sitting at a table and talking about I don’t know what we were supposed to enter a cellar and to fulfil a task there. The cellar was partially dark and partially lightened by soft golden light. I entered the space of the cellar a bit frightened and very cautious.

My partner went to the right and I turned to the left where I saw a rope on the wall. I took the rope and was holding it as a whip, ready to strike if anything would threaten me. All of a sudden I noticed movement on my left side. I turned quickly to look there and saw a dark moving shape. I backed away but stayed calm. A minute later I realised that the shape was waving its arms similarly as I did and it dawned on me that it was just my shadow.

I braced myself and followed my partner to the right. There were many things placed in that part but what caught my attention was a pair of boots. A pair of worn but firm hiking boots with untied shoelaces. They looked very impressive and I was thinking about what they were there for. I was firmly clutching the rope expecting something nasty to happen or be found. Then again I saw that shape but it was not that dark as before.

Before being able to figure out what to do, my husband’s voice penetrated the dream and I woke up. I got up, put my clothes on and had a quick breakfast, ready to leave. I couldn’t drive the dream out of my head so I decided not to think about it and let it evaporate as other dreams do. I am quite convinced that this decision enabled my mind to take the hint and understand what the dream was trying to communicate.

The shadow. The being afraid of my own shadow. In Czech this phrase have more meanings and may be understood differently than in English. One of the meanings expresses the idea that the person who is afraid of their own shadow is not able to overcome their fears and grow. How many times the only obstacles I need to surmount are those which I build myself, one to another until a wall stands in front of me. All of that caused by my fear of being rejected, misunderstood, derided if having become more distinctive. How many times I am afraid subconsciously of things I could achieve and then might not be able to bear them. How many times I hold back not to challenge certain certainty of my life. How many times I stick to the known for the fear what the unknown would bring me. So many times I am chased by my own shadow.

It is interesting that in the dream I was holding the whip in my hand to defend me, though in reality I can’t imagine such a situation. Was it symbolic too? Did the holding of the whip help me to manage the situation? Aren’t there such whips at hand I could use in my real life? Such as some of my personal traits which are not used properly – grasped firmly – but waiting at the right place? Perhaps it is time to take on the boots and set off on a new journey.

I am sure about the message left by the dream though it may sound like fantasising to you. It is so personal. Yet I wanted to share it here as there may be someone among you who may be inspired by it too.

Stepping twice into the same river 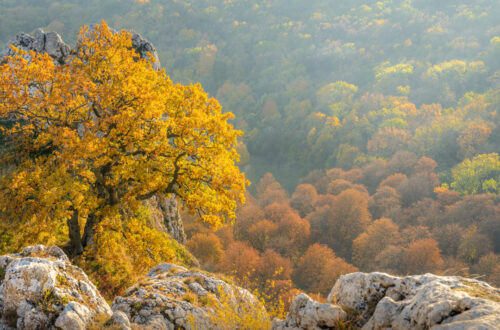