When I woke up on Sunday morning, the light felt different. I was wondering what was going on but as soon as I got up, I knew the answer. Everything behind the windows was covered with snow and its fresh white colour dominated surroundings of our house. Our garden, neighbours’ garden, our yard… I loved the occasional colourful contrast like in the following photo. Our neighbours across the road are building a new house and its unfinished condition looked wonderful against the snow.

As soon as I saw it, I grabbed my camera, opened our kitchen window and took a few photos. I took some also from our dormer window in another direction and later I was so glad I did because a few hours later the scenery changed as some snow melted. You can see the change in the following photos.

The photo below on the left was taken at about 8 a.m., the photo on the right at about 11 a.m. and what an interesting difference.

This is not first snow in the Czech Republic this autumn but it is first snow covering our garden, something to remember. I don’t keep any year by year statistics but I found out in my photo archive that in 2012 we had first snow in our garden on 28th October which was almost a month earlier! You can see some of the photos that I took at that time in my post “First snow“.

Snow is something I like about living in this village. When I was living in Pilsen, snow was quite rare in the city and winter used to be a dirty and muddy season for me. It’s different here and though snow can sometimes be annoying and troublesome, I take it as natural part of winter which I missed in the city. I hope we will enjoy some more this winter. 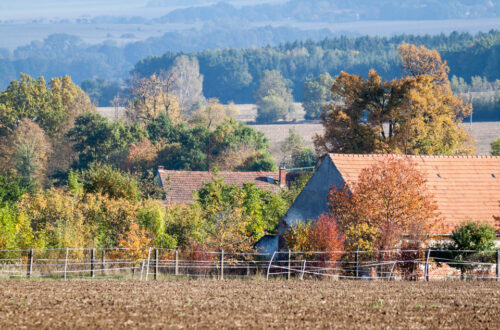 Autumnal photo walk and its surprises 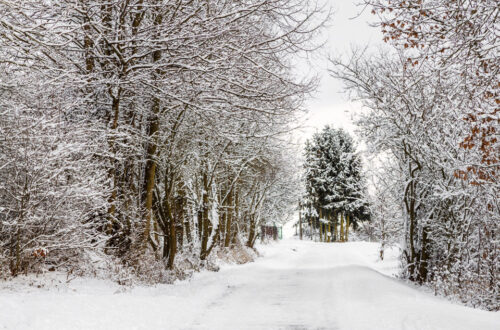