During the last several years I posted quite a few photos taken in the park surrounding the Kozel castle. I’ve known the castle since my childhood but I see it differently every time I come there. The park is charming in each and every season. I’d like to add a few more photos to that collection today.

The castle which is in the upper part of the photo above is not the only interesting building in the complex. Below it you can see greenhouses where plants are kept and grown during the colder months of a year. I liked that overall as well as detailed view. 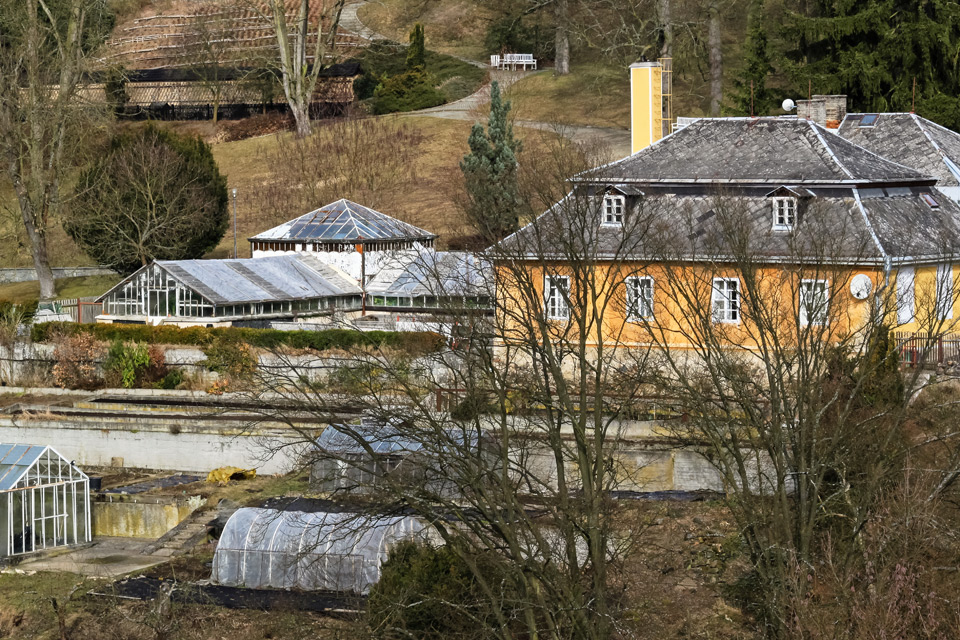 In the following photo there is a chapel that is situated close by the castle. Sometimes it is used for weddings, especially in summer, and as friends of mine got married there, I could experience a bit what it felt like. There is such a custom here that some of wedding guests are throwing rice on the newly-weds when they are coming out of the church or whatever room they got married in, meaning that happiness is raining on them. Imagine the smiling and laughing faces… and well, the bride trying to get the rice out of her hair. 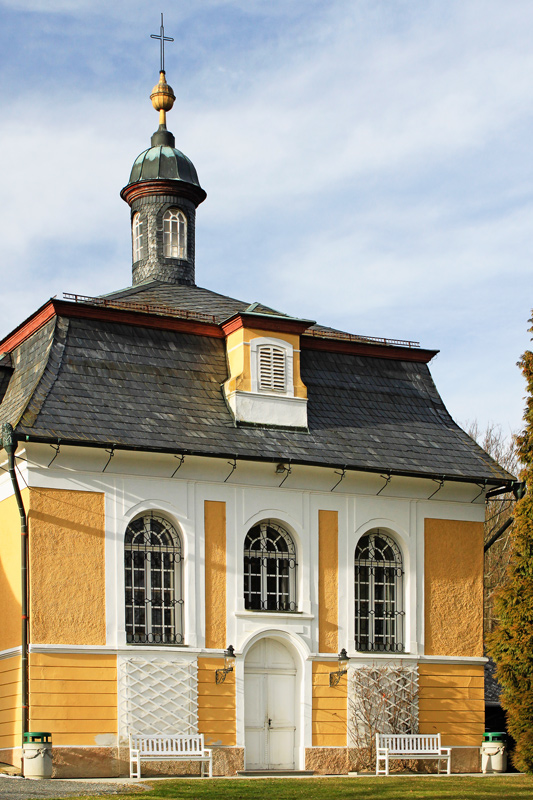 It’s February and so it was not surprising that various trees and bushes were being trimmed and cut and my attention was caught by neat piles of wood we were passing by.

As for the last photo, I took it just experimentally, expecting that the light would be too light and the shadows would be too dark but actually I like the image. It wasn’t taken or edited as black & white but it looks like it…

It’s great that the park is open all year and though there are several gates on its perimeter, I’ve never found any of them locked. I’m determined to visit the castle’s interior this year when the castle itself is open. Last time I participated in a guided tour twenty or perhaps thirty years ago and yet I can still remember what it felt like. Isn’t it unbelievable? I’ve surely seen many much more impressive castles since that time but this one will always have its place in my heart.