There is an open-air museum in the Moravian town Strážnice, which has been open since 1981. It shows traditional architecture and history of living styles of South-East Moravian villages of the area called Slovácko. The terrain of the museum was modelled and planted so that the area resembled the original locations.

– look at the inventively woven fence and roof –

When I was watching photographs of the museum displayed on the Internet, I didn’t find them very interesting. The place looked still and abandoned, as if life escaped from it. But as one day was supposed to be cold and rainy and the museum was situated very near to the camp where we were staying, we chose visiting it on that day. Just as a backup option. Well, I found out that the real scenery looked very different to me. Much more interesting and kind of picturesque.

You can choose between a guided tour of the museum or a self-paced examination. We chose the latter and intended just to have a look at the buildings from the outside and take a few photos. 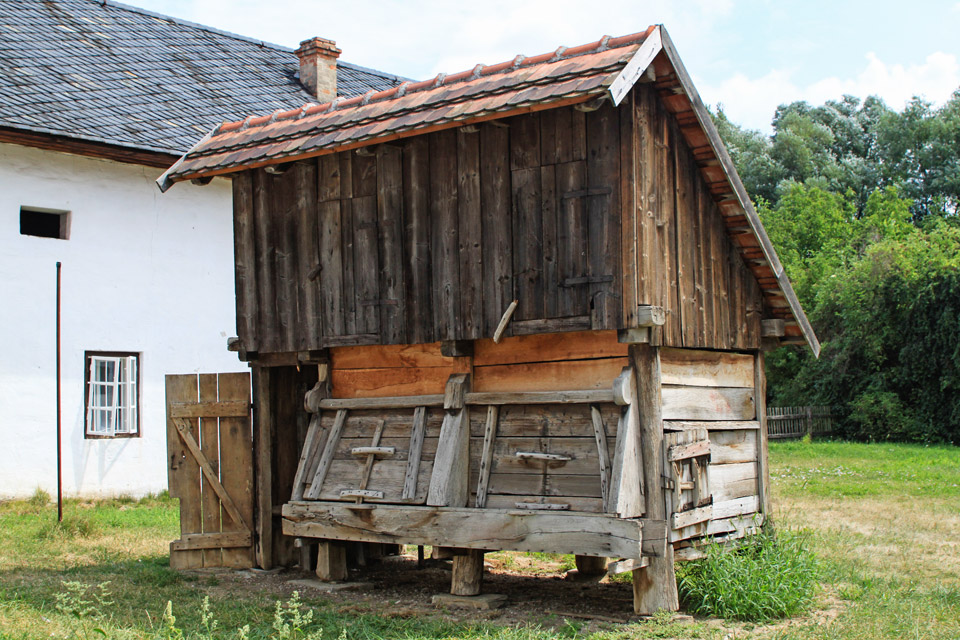 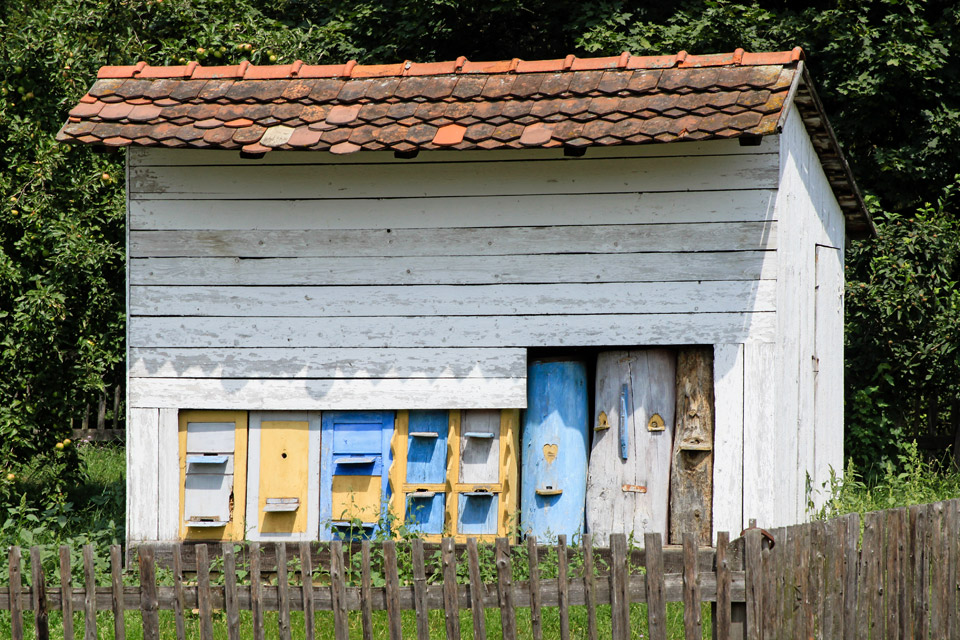 – a house for keeping hay –

So I was surprised that even without a guide we could enter several buildings where a person dressed in a local national costume was informing all incoming visitors about facts related to the exposition of that particular building.

There was a girl who related customs and rituals pregnant women and women having delivered a baby had to undergo each time they had a child. There was a woman who spoke about ways of washing and ironing and showed us various equipment used in several periods of the past. There was a young man dressed as a weaver who showed us the way of weaving on a loom and pillows weaved with typical patterns for that area. There was a girl who asked our 9-year-old son to come to her and first to tell her what kind of corn and pulses she had prepared in several bowls and then to try to identify them just by touch.

– growing grapevine is typical for this part of Moravia – 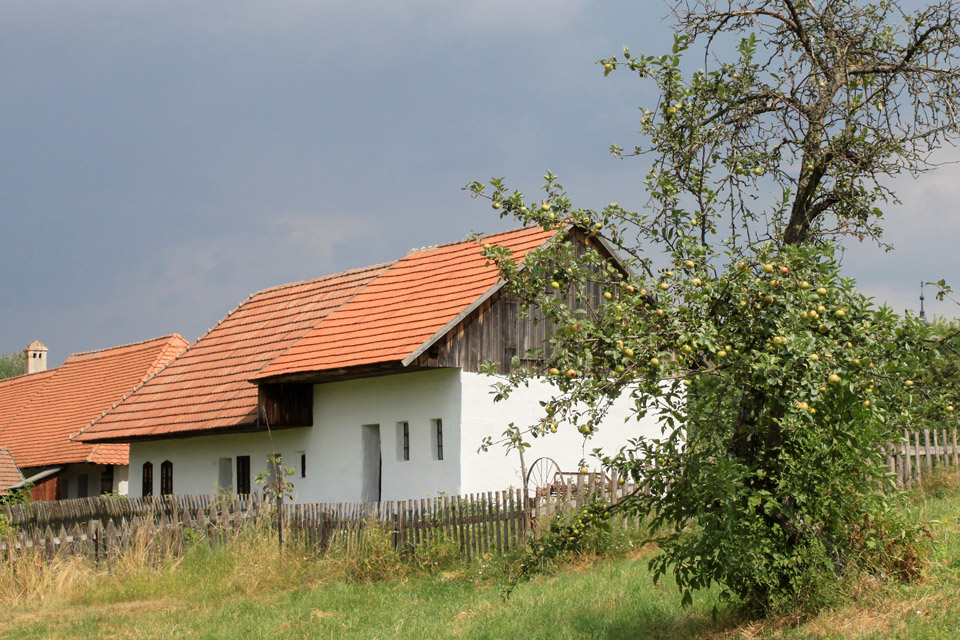 Would you be surprised if I told you that we spent several hours in the museum and really enjoyed it? One shouldn’t judge what they see at first sight, let alone not with their own eyes.