With its changing colours and soft light, autumn is such a special season and so many photographers speak about how eager they are not to miss out on taking some autumnal photos. That made me realize that I wouldn’t want to miss out on taking them either and asked my dear husband to go on a photo walk with me. I even had an idea in my mind where I’d like to go as a few months ago I noticed that in a near town a new educational trail “Living memories of Lužany landscape” was opened and it seemed a good destination for a Sunday morning walk.

The trail is nine kilometres long and with my photo activities it took us about three hours to get from the start to the finish. We didn’t like the whole trail but there are some nice places along it and certainly some photo opportunities. I took quite a few documentary captures but today I would like to share rather the atmosphere of the walk than the statues and buildings we saw.

I was taken by surprise when in one of the villages along the way I was asked indirectly to take a photo of a villager. You know, I’m not much into taking photos of people, let alone strangers, I feel way too self-conscious for that role. But circumstances sometimes make decisions for you so imagine that on Sunday morning you arrive at a small village square and meet two old men chatting there. Out of politeness you greet them and they greet you too. Then they start talking among each other but looking at you. It was something like:

A (smiling at me and addressing the other man): “Come, the lady will take our photo…”
B (retreating quickly out of the man’s reach and my view): “No way! I don’t want to be captured!”
A (addressing the other man and smiling at him and gesticulating towards near bench): “Come on, sit with me, we could even be in a newspaper…”
B (retreating further): “You don’t know her, you don’t know who she is. She wouldn’t give you that photo either!”

Explaining where we are from and where we went didn’t help to soften him. I had to smile, you know, it was all quite funny. As if two voices were debating in one head…

I wasn’t sure what to do. I felt like I should take a photo of the man who asked for it, though indirectly, it seemed polite and he was already sitting on the bench and waiting. I told him that I would capture him if he really wanted and he did so may I introduce you to that friendly man who isn’t smiling in the photo but was smiling at us?

I may not bring him a print but at least I showed him the picture on the back of my camera and then we said goodbye. When I saw that photo on my laptop, it felt like it should rather be something like fifty years older so I tried some adjustments and came up with the sepia version which I like more than the coloured one.

I also took a photo of my husband who was kind enough to pose for me by a small chapel we were passing by:

In Lužany where the trail starts, there is a castle and I noticed a beautiful autumnal decoration with chrysanthemums on the stairs of a neighbouring house. I played a bit with the photo I had taken and created somewhat moody picture:

There were many dry leaves scattered on the path we were following and the contrast between them and their colourful siblings sometimes looked really striking. That made me take the following photo and you know what? When I saw it today, I thought what a great message it carries. You don’t need to be perfect to shine!!

The image I want to wrap this post up with today is based on one of the photos I took during that walk. I was quite disappointed with the photo but tried to express the feelings I felt when taking it by the way of its processing. I might have gone overboard with the processing but I really like the resulting image and that experimenting felt great.

It’s good to try and think out of the box sometimes, isn’t it? 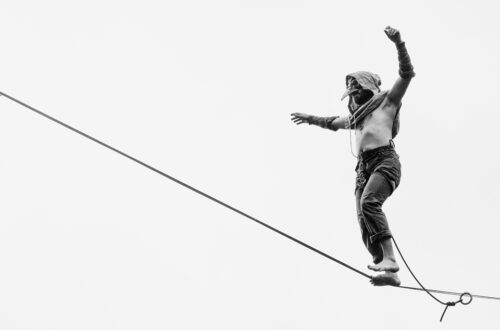 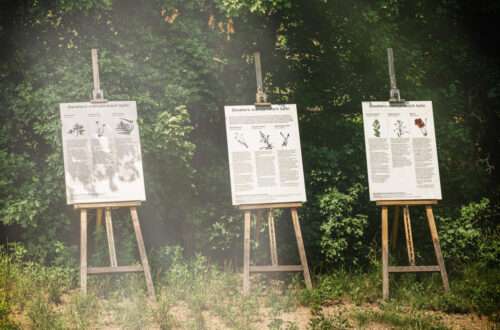 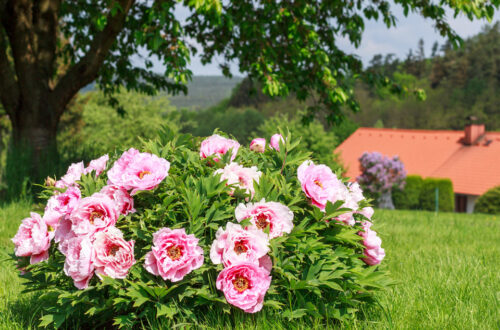 Peony and other beauties