About 15 years ago we spent our holiday in the spa Františkovy Lázně which lies in Western Bohemia near the border with Germany. We were accommodated in a cabin in a camp called “Amerika”, which is situated at the outskirts of the town, and made trips in the town’s surroundings both in Bohemia and Germany. We liked that holiday and this year we decided to return to that camp for a few days and revisit some of the places, starting with the spa itself.  It’s a small town but it’s quite impressive. 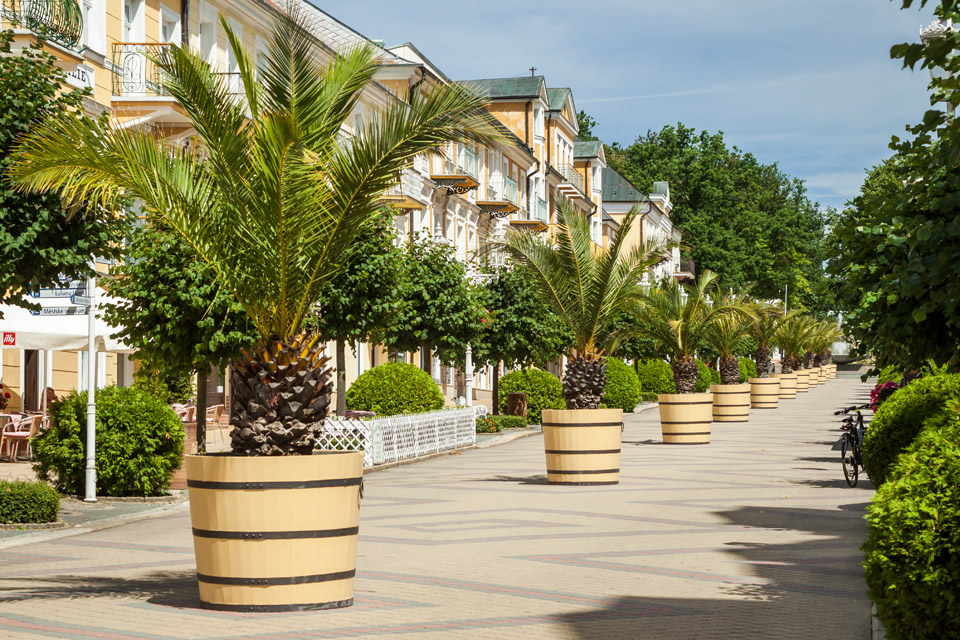 After our arrival and checking in, we spent the afternoon in the town, walking in its streets and admiring its beautiful buildings.

The first reference to occurrence of mineral springs in the location comes from 1502, the first spa hotel was built in 1793. In the area, there are 20 healing mineral springs, natural bog containing high amount of soluble mineral substances and humic acids, and raw natural carbon dioxide of volcanic origin. All of these are used for treating various illnesses. 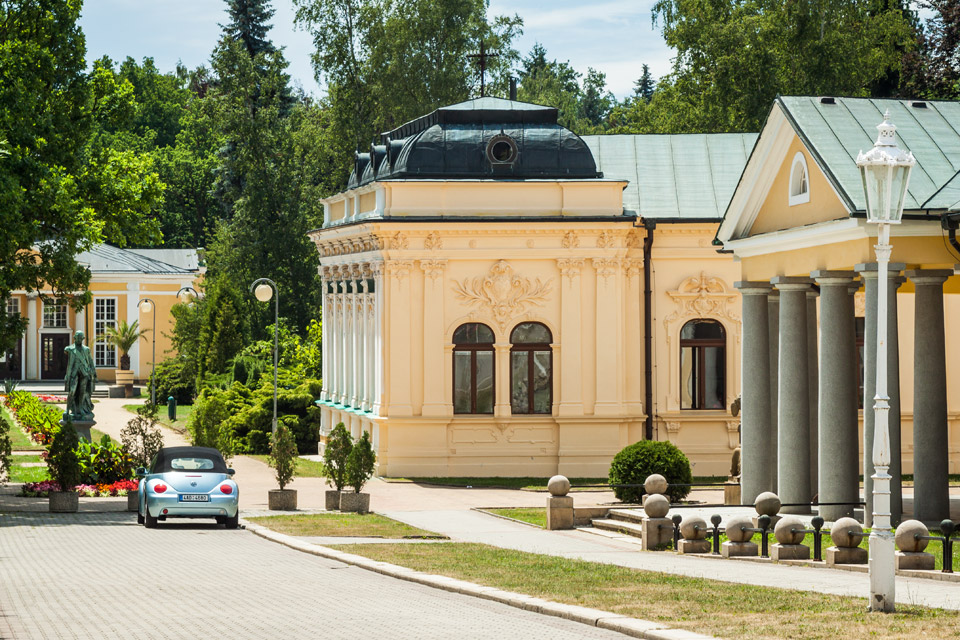 The three photos that follow belong together, they capture a “Hall of Glauber’s springs” both from the inside and outside. 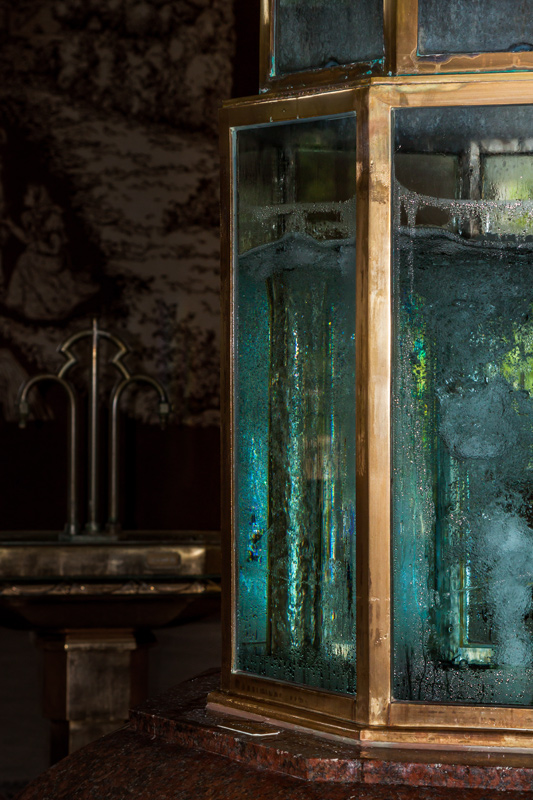 In the center of the town, there are many spa hotels…

No doubt many events take place there to entertain spa guests and visitors.

During our afternoon strolling the sun was quite harsh, it was exactly that type of light that is not recommended for taking photographs. But I was taking them anyway, though I expected to come back another day under more favourable conditions. Guess what. It never happened as there was so much to see and eventually I was happy to have them even with their harsh shadows and shining lights. Some of them even profited from the shadows as the following one.

You might have noticed that there are almost no people in my photos and I wonder why there were so few people in the streets. I guess firstly because it was an early Wednesday afternoon and secondly it was scorching hot that day. We saw more people in the evening sitting in restaurant’s terraces and the other day in an aquapark, it was crowded. By the way, the aquapark was built ten years ago and we loved it. It’s very nice inside and fits the place from the outside, we only regret it’s not closer to our home. We would be frequent guests for sure.