A few years ago we stopped in Klenová for a while and visited an old church there, a small church hidden among trees. I just remembered there was also a gallery we didn’t want to visit at that time and having taken a few photos in front of the church and having spent several minutes there, we left for home. Last weekend we decided to visit that place once more and to be thorough this time and visit everything it offers. Which is the church, a gallery, an exhibition of photos and an exhibition of paintings, ruins of an old castle and a building of a new chateau.

When we arrived at our destination, we headed for the church at first and I was amazed to see the difference between its winter appearance during our last visit, and its autumnal appearance now. The current colourful leaves accompanied by beautifully blue sky made all the difference versus the previous bare branches and greyish hue of everything. To be understood well, I still love the winter captures, but feel like entering through another door this time.

We bought tickets in the cash office and got to know that they are valid for everything in the area. One can roam freely in the ruins, join a guided tour of the chateau, visit the current exhibitions and admire art pieces placed in the premises.

The castle was built in the 13th century but except for the fact that Kryštof Harant from Polžice and Bezdružice – an influential Czech nobleman from the turn of the 16th and 17th centuries – was born there, I didn’t find the castle’s history much interesting so I’m not going to repeat it here. Instead I’d like to share and describe a few captures I took.

No. 1: I haven’t found any explanation on the Internet but I guess that the flags which were flapping around in front of the cash office belonged to the families that owned the castle through history. What else could they represent? 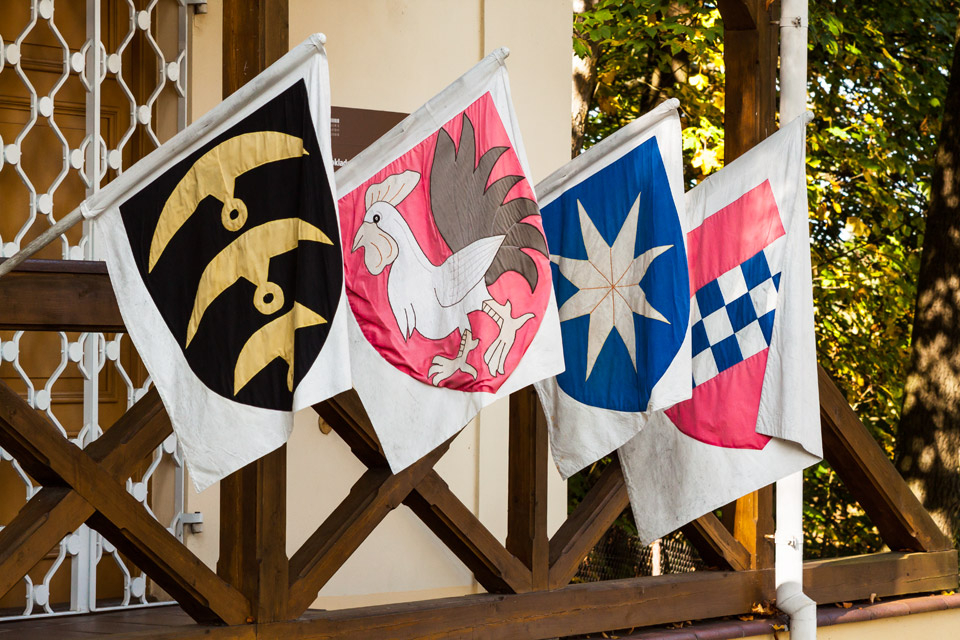 No. 2: Previously a granary, nowadays a part of the gallery. I liked the contrast in light, colours and structure between the building and the tree.

No. 3: The figure below represents just the upper part of a much higher statue involving one more person but the detail was much warmer and expressive than the whole.

No. 4: Ruins of the castle in floral detail. On our way there the weather was foggy but as soon as we arrived at the spot, the sky turned marvellous blue and all the photos profited from it.

No. 5: Stairs leading to the ruins. I love that geometry. You can search the ruins while entering them from several directions and exploring them was really fun. Because of the views, the ways and the art pieces you could see along the way.

No. 6: The wooden room is placed between the ruins on the left, the new building on the right and above a passage you pass through. The pattern caught my attention.

No. 7 – 9: The three captures below were taken in a small yard with a big chestnut tree in the middle of it. As I was standing there, taking photos, another man with a camera came, passing quite quickly by me, and then he noticed what I was doing. He stopped in his tracks, looked around and took out his camera… I had to smile because this is what I like about photography, how differently we perceive our surroundings and thus can share different views and enrich one another. 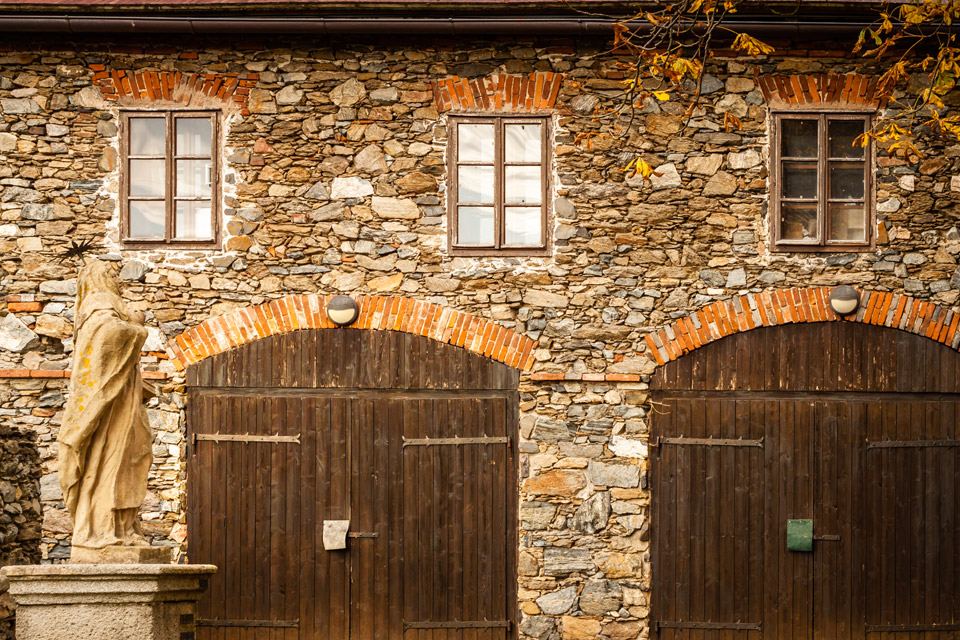 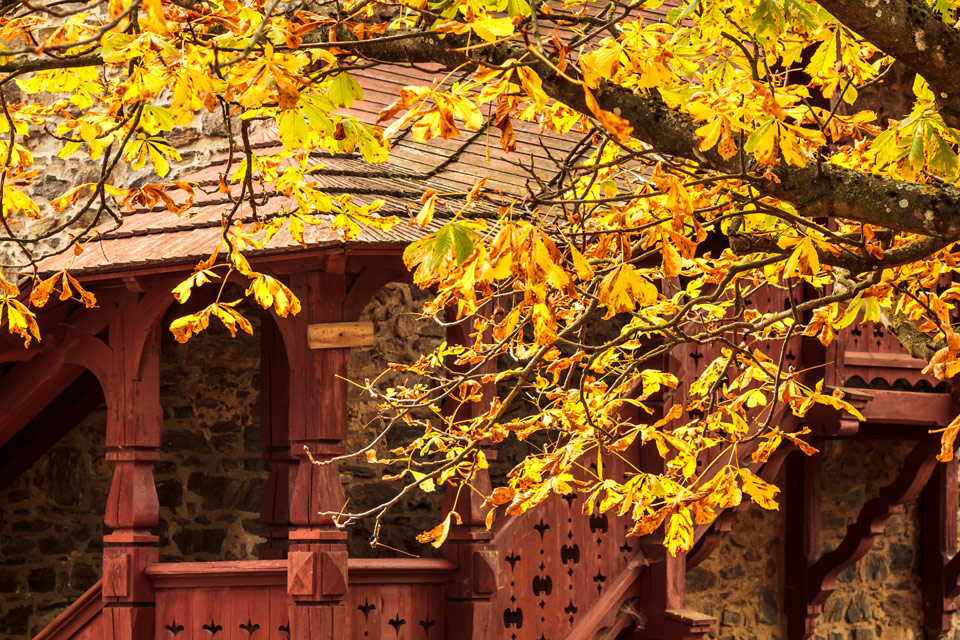 No. 10: Eventually, when you’ve seen everything, you can sit down and get the energy back. Menu for that day consisted of a broccoli soup, roasted turkey-hen with spinach and dumplings or spaghetti with mincemeat, and as a desert you could order a cottage cheese strudel with blancmange. We didn’t have anything from the menu but the meals sounded good to me and were not overpriced. The prices are given in Czech crowns.

Well, that’s it today. I just want to add that the opening photo at the beginning of this post shows a view as seen from the castle. I intentionally left out my photos of the art pieces I’ve mentioned before as I’m going to devote my next post to those of them I liked most. They deserve to be treated separately.