As I was looking through my archived photos when preparing the previous post, I came across photos I took in December 2010. They were taken in the village I live in on a frosty day of that month and I’ve already posted some of them in my posts Winter scenes and Second chance and also in my PF 2012 and PF 2013. To put it simply, that single day was wondrous and I’d like to share more of it. The branches and grass were covered not only with snow but also with hoarfrost and it made them look quite special.

Especially against the blue sky.

It looks as if there were icicles hanging from the branches in the picture above but those were just needles.

I love the detail of the wire mesh fence. The size of the crystals was unbelievable.

Everything looked perfect on that day and although two years have already passed since I took the photos, I remember the beauty vividly. Just as many parts of the world, we got a new portion of snow yesterday, the white cover looks lovely. Fortunately there was no storm accompanying the arrival of the snow here. I hope you’re all safe and sound! 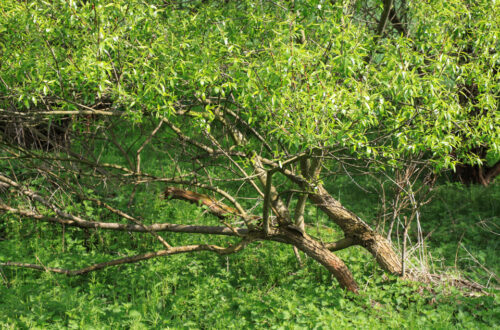