On 1 April which was the last Easter day we spent a few hours in the wood which is situated near our house. Although there were still some remnants of snow, the air wasn’t that cold and the walk was very pleasant. The only thing which made me feel a bit disturbed were traces of wild boars’ presence. They say the boars are over-abundant here. Supposedly they hide during the day and I’ve never seen any but I really wouldn’t want to run into any of them.

The scenery was calm and sleeping, resembling autumn rather than spring.

There wasn’t much to be admired but I liked the yellow lichen covering the bare branches of the tree. 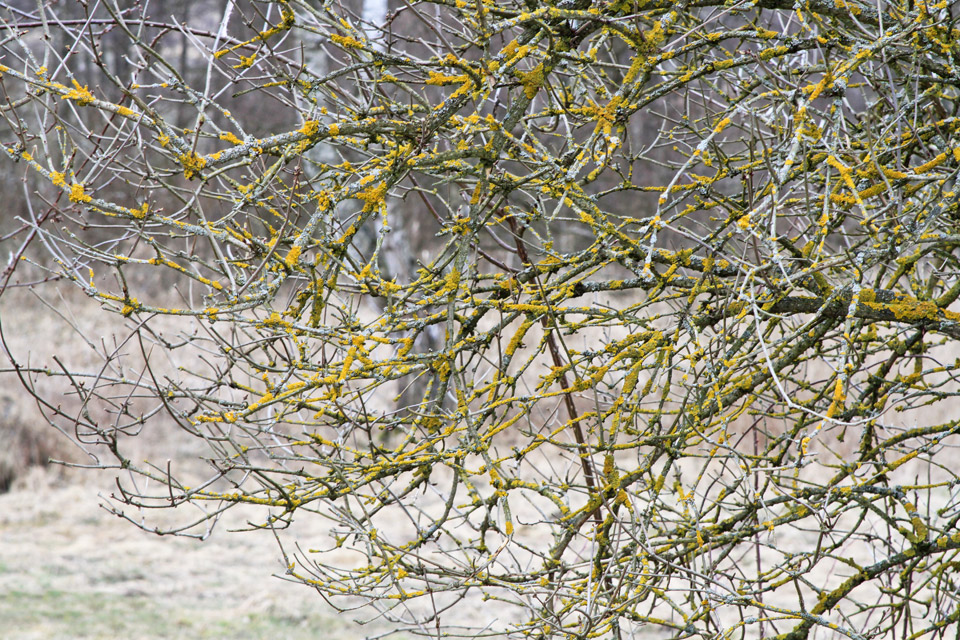 And I saw snowdrops, just a few of them, they were the only flowers out.

And then the scenery changed utterly in the course of the following two weeks when I was watching the nature to wake up finally. It’s been changing so quickly that I can’t believe my eyes.

The Latin name of the flowers below is Chionodoxa forbesii. They are just about 15 cm high but when there are more of them in one place they are very prominent and beautiful.

The next flower is Arabis caucasica ‘Schneehaube’. I’ve planted it in my rock garden and it’s one of the first opening its flowers in spring.

The red leaves belong to Paeonia suffruticosa. It didn’t have any flowers last year because I had replanted it the previous winter so I hope it’s settled now and ready to enchant me. 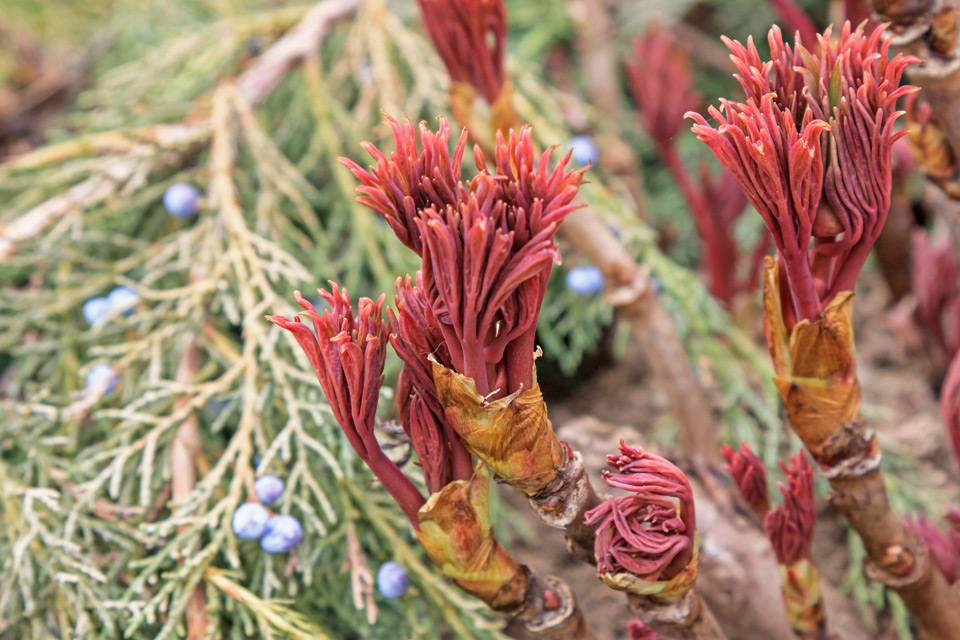 We have a few newcomers among our trees and bushes and the one I’m thrilled about is the following Acer palmatum ‘Beni Komachi’. There are so many varieties of Acer palmatum, this one should end up as a bush about 2 metres high, having red leaves in spring and autumn. We planted it in autumn and I’m happy to see that its buds are full of life and none of its branches has died. 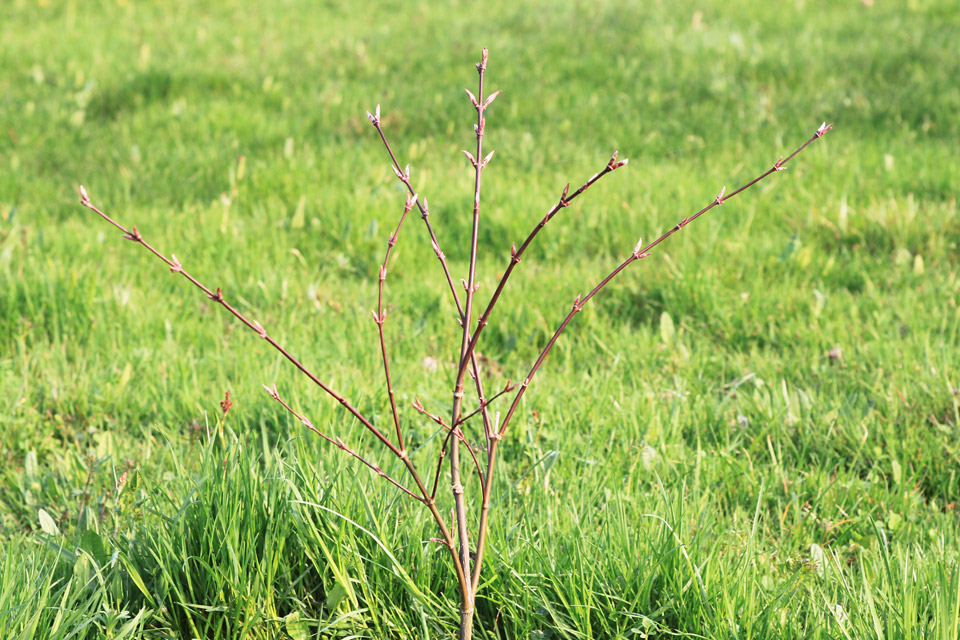 Forsythia in the evening light… One day there were just bare branches and two days later the bush was covered in yellowness. I can see forsythias in many gardens along the road where I drive on my way to work and they all look lovely. 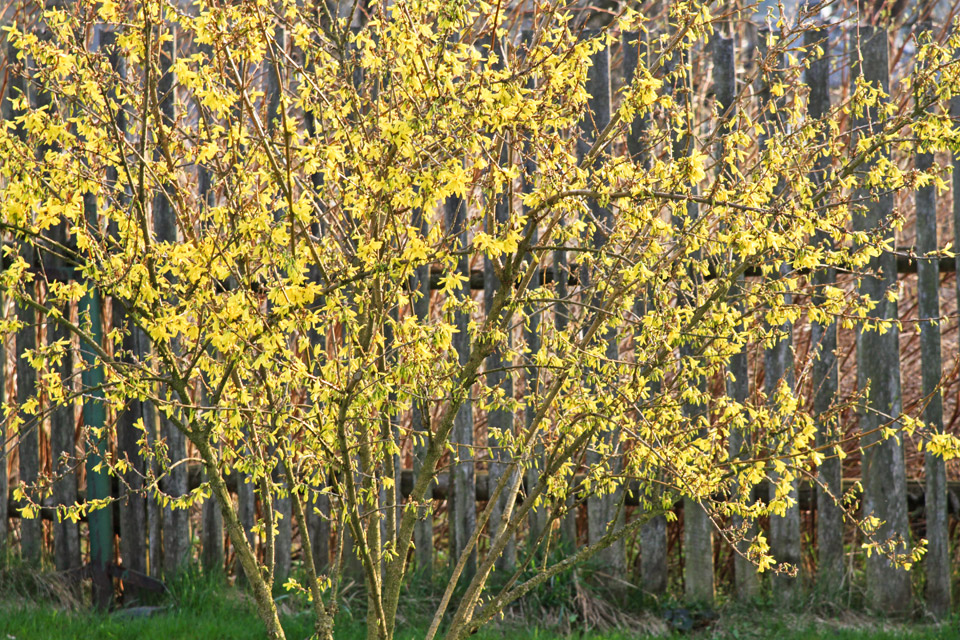 The last flower I’m going to present today is Pulsatilla vulgaris. I bought two small plants last year and placed them in my rock garden. I was afraid they wouldn’t survive winter but obviously they’ve been doing very well.

I’ve read that the whole flower is poisonous and can irritate skin but it’s also used in homeopathy for various symptoms.

I was in the garden a while ago and saw that if I took new photos today, the progress would be striking. The Chionodoxa is gone, Acer has little leaves and Paeonia hides promising buds inside open leaves which don’t resemble the fresh ones in the photo at all. Such vigour is rarely seen even in spring.