My father-in-law has a brother who owns a company producing agricultural machinery. His factory is situated at the edge of a city and to promote his products he built a small restaurant facing the factory right across the road. He presents the products on the restaurant’s premises and to attract customer’s attention he started to breed a pack of llamas there. He visited Peru some time ago so perhaps that’s where his inspiration came from. My mother-in-law feeds them and every time we come to visit her, we don’t want to miss out on helping her. The llamas always notice immediately that we’re coming with buckets full of fruit and stale bread and gather by the fence. They also like fresh leaves but just if there is nothing more delicious. 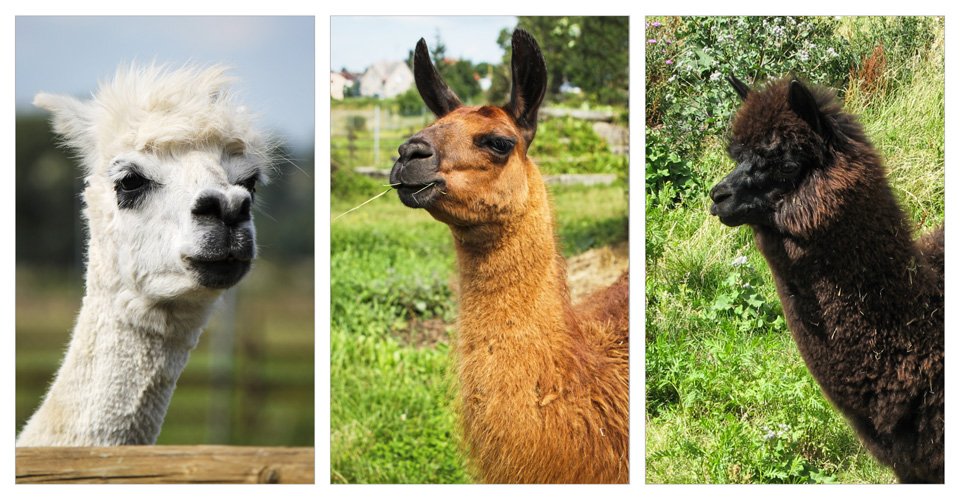 Some of the llamas are very friendly and let you stroke their heads or necks, some of them don’t let you touch or approach them. Such as the one in the middle above. Do you see her suspicious look? If they are upset, they may kick or spit but I’ve never seen them doing that. 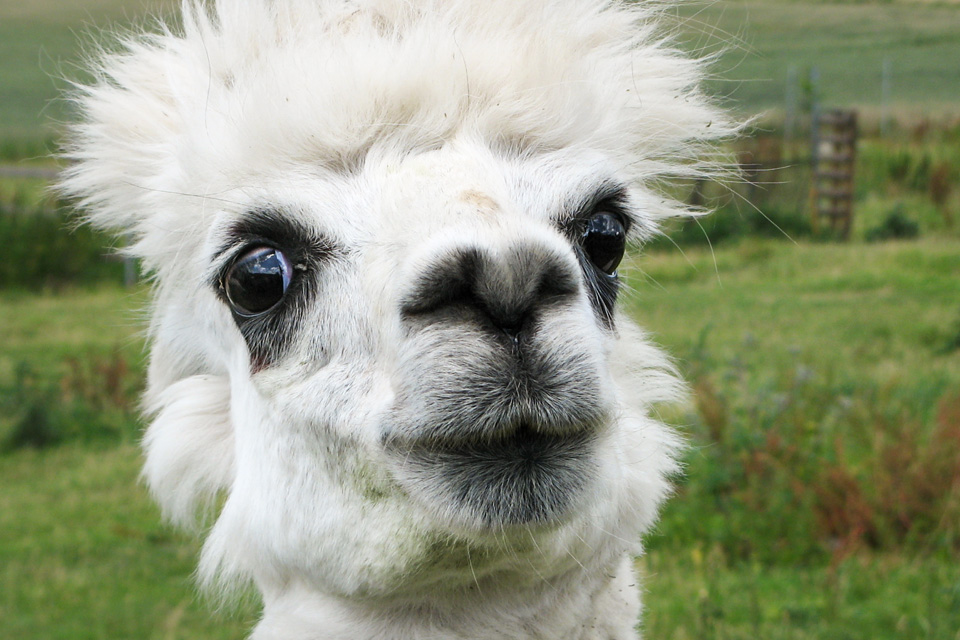 They all have their names and my mother-in-law who is in contact with them on a daily basis can always tell them apart. I can’t as the white ones look much alike. The one above is called Ferda and he is quite a curious guy.

They are doing surprisingly well and they’ve already had several young. They can’t be regarded as pets but they are undemanding and easy-going.

When their hair is thick and long, it becomes matted, dirty and tangled up in grass, so they need to get a regular haircut. It’s such a difference to see them before and after the cutting.

The crown on the llama’s head above is a thistle and the pink thing sticking out of its ear is an earmark.

I don’t know whether it pays off to provide the llamas with all they need in return for expecting higher profit both in the restaurant and factory but the llamas definitely draw attention to the place.