Last time, after I introduced Kynžvart castle to you, I promised to take you into the castle’s park so let’s get off.

When Klemens von Metternich had the castle remodelled in the Classicism style, he decided to accompany the new castle’s look by an adequately looking park. He invited a Viennese landscape architect Riedl and let him elaborate new park conception.

As a matter of interest, it is said that Metternich was presented by the Russian tsar Alexander I. with giant hogweed’s seeds (Heracleum mantegazzianum). He let the park decorate with the plant and caused unintentionally many future problems. As in some other countries, in the Czech Republic the giant hogweed is regarded as a toxic and dangerous invasive plant damaging original ecosystems.

When we approached the castle, we noticed a direction sign heading for a wood chapel. We followed it and came to a wonderful place hidden in the park.

The chapel which is situated there consists of roofed wooden church benches and an altar in front of them, an altar through which you can see the trees and sky behind. 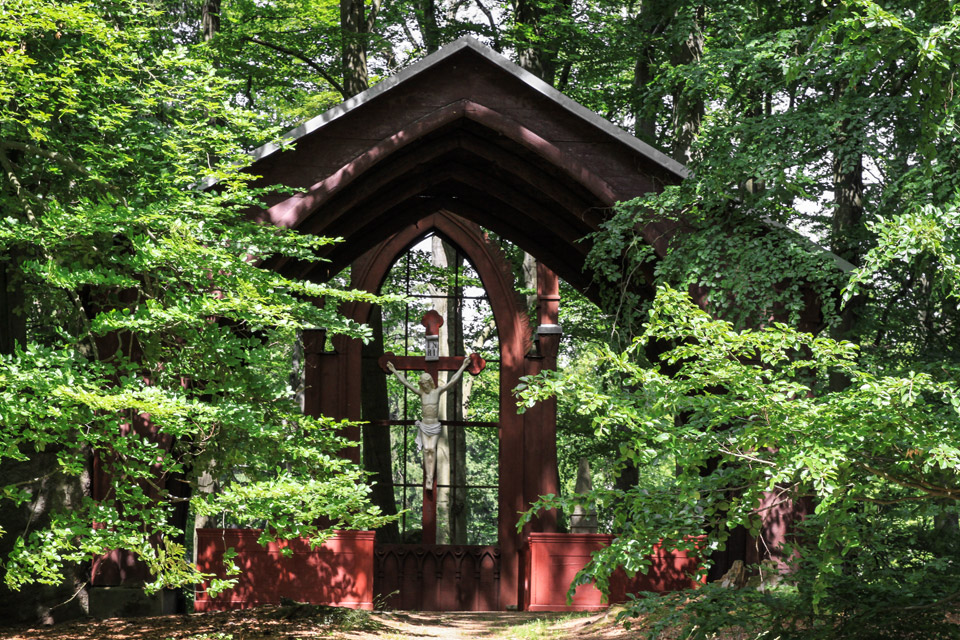 As for the history of the chapel, it comes from 1692 when a chapel was built in a place worshipped by pagans. The chapel was guarded by Benedictines, reputedly to prevent cult sacrifices. In this place or perhaps nearby, a unique wooden pseudo-Gothic chapel was built in 1835. On the left and right sides of the altar, there are stone columns with inscribed 1692. Participating in a Mass must be a great experience there.

Since 2008, substantial part of the park has been remodelled into a golf course and from what I could see, the course suits the place very well. 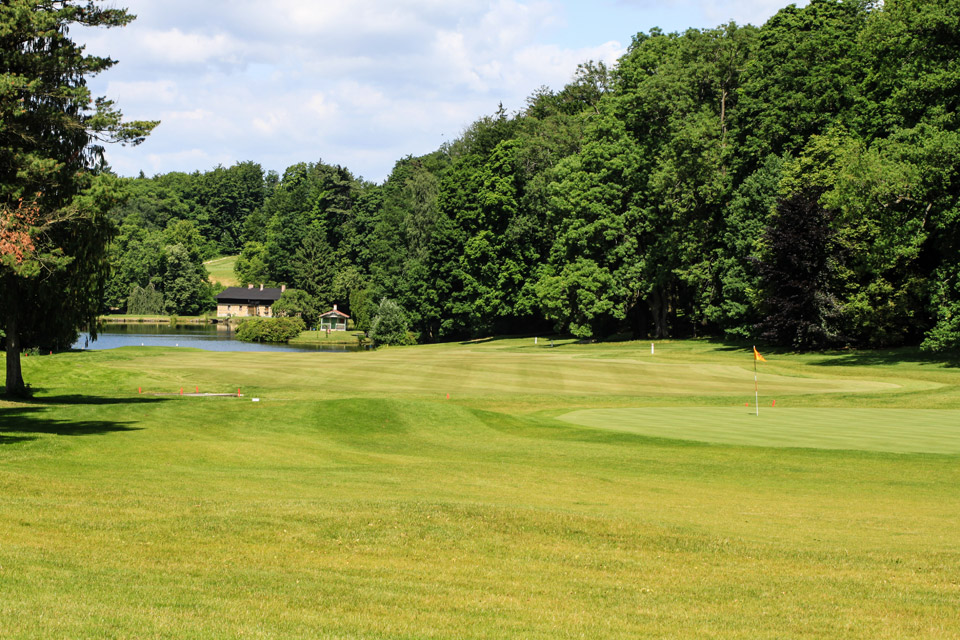