Here we are again, at the end of another year. Nobody knows what the next year holds for them and how they’ll be able to embrace that. It’s time to wish one another strength, health and happiness and it’s high time to send New Year cards to our friends, families and business partners. Someone celebrates the last day of the year as a milestone, others refuse to see anything special in it, but the truth is that the date changes and we need to get used to that new number…

I’ve posted New Year cards in this blog since 2011 and just a few weeks ago I was made aware by my American friend of the fact that not everybody understands what the “PF” in my cards means. That took me by surprise and I realised that I took for granted something that was not true. How often it happens, right? So this time I want to add an explanation for those of you who are not familiar with this abbreviation.

PF (in Czech it is pronounced “Pé Ef” or informally “Péefko”) comes from a French phrase “Pour féliciter”, which means “for good luck”. Either the PF abbreviation or the whole phrase “Pour féliciter” is placed on a card which can be a photo, an image, a graphic, whatever you like. Motif of the card may be either funny or serious, some of the cards are unique works of art.

PF cards were used as a non-religious alternative to Christmas cards in the Czech Republic and instead of wishing Merry Christmas (and a happy New Year) they wished just the happy New Year. Nowadays this religious vs. non-religious distinction is somewhat blurred, you can see many cards carrying the PF abbreviation and both of the wishes, in such a case the cards are naturally sent before Christmas, not at the end of the year. Companies often have their own special company cards, often following the same style throughout the years.

This year I’ve decided to break my tradition of snowy PF cards and chose something quite different and a bit unusual, a summer photo. The castle in the photo is the chateau in Lednice, one of the most visited chateaus in the Czech Republic. We spent a whole day during our holiday in 2013 there and you can be looking forward to seeing more photos in a post I’ve been preparing.

Have a great year, don’t forget to be grateful and happy and enjoy your adventures! Remember,

“Life begins at the end of your comfort zone.”
― Neale D. Walsch 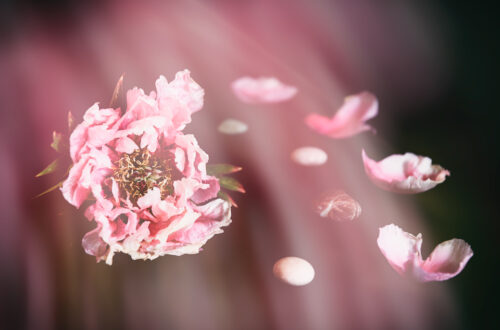