A few months ago, Dan Brown’s Inferno was released, which is his latest novel. I have read all of his novels and felt curious what he would come up with now so I bought the book as soon as I saw it in a book store. Frankly, I have been disappointed in many respects. Nevertheless, there is mentioned a theory of denial in the story and I had to think about it a lot. It has stuck in my mind…

The theory says that our human mind protects itself against feeling unbearable stress which could be faced when thinking too much about possible threats. We could be permanently afraid of what could happen to us, of being abused, attacked, robbed, having an accident, being involved in any kind of nature disaster. We could easily add other fears to this list, fears related not just to ourselves but also to our families and friends. Instead our mind focuses on our daily routines and needs and suppresses this type of thoughts. Denies their probability, I would say. This pattern protects our sanity for sure.

I googled “denial” and found out that there is also a different pattern of denial. The one we experience when we have a problem and do not want to face it, instead we pretend that everything is all right. We eat too much but insist on almost starving, we yell at the family but insist on being a perfect partner and parent, we are lazy but insist on being just tired… We do not want to deal with the problems, whether we are not strong enough or it would hurt, so the easiest way is to deny them. Though without acceptance, there is no way forward.

That made me think about a friend I had and yet another type of denial included in a complex process of facing something difficult or bad which was inflicted on us. She and her husband cannot have children and she wrote a little book about what she went through. She described a process which in my opinion applies to many cases that look at first sight like having nothing in common. When we lose someone who is dear to us, when we suffer a nasty illness or injury, when any kind of disability is inflicted upon us, when our possessions are damaged or stolen.

First we do not want to believe what happened. We do not want to think about it and sort of hope it is just a bad dream and when we wake up, it will be all right again. We hold to the idea that it could be just a misunderstanding or that there is an easy solution. Then reality impacts and anger follows. Why me??? What have I done??? And finally, if we are lucky or rather wise, there comes acceptance.

At this point of my thoughts I realized which photo should accompany this post. A few weeks ago we spent a few days in Moravia and visited a Milotice castle there. The photo above was taken at its back yard and if you look at it closely, you will see a statue representing the God Janus. You may know him, he often symbolised change and transition from one condition to another, among others he was called god of beginnings and passages. He was usually depicted with two faces, one looking to the past, the other to the future. One face watches BEFORE and the other one AFTER. One witnesses the denial and anger and the other admires the acceptance.

This type of denial may also protect us for certain time, to ease the shock and disappointment, there is nothing wrong about it. The following anger is a natural reaction and there is nothing wrong about it as well. Perhaps we need to go through that phase. But I keep my fingers crossed for us all that we always pass safely through these two stages to arrive quietly at the acceptance. The acceptance being not resignation but embrace of reality. 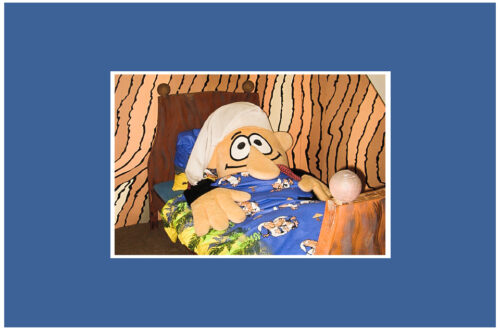 Message left by a dream 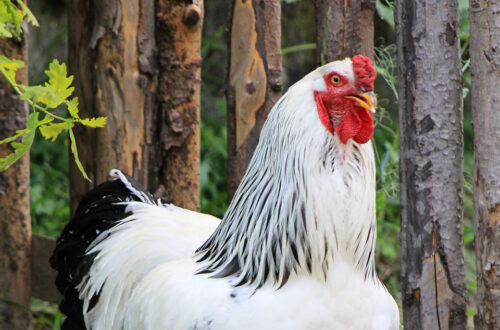