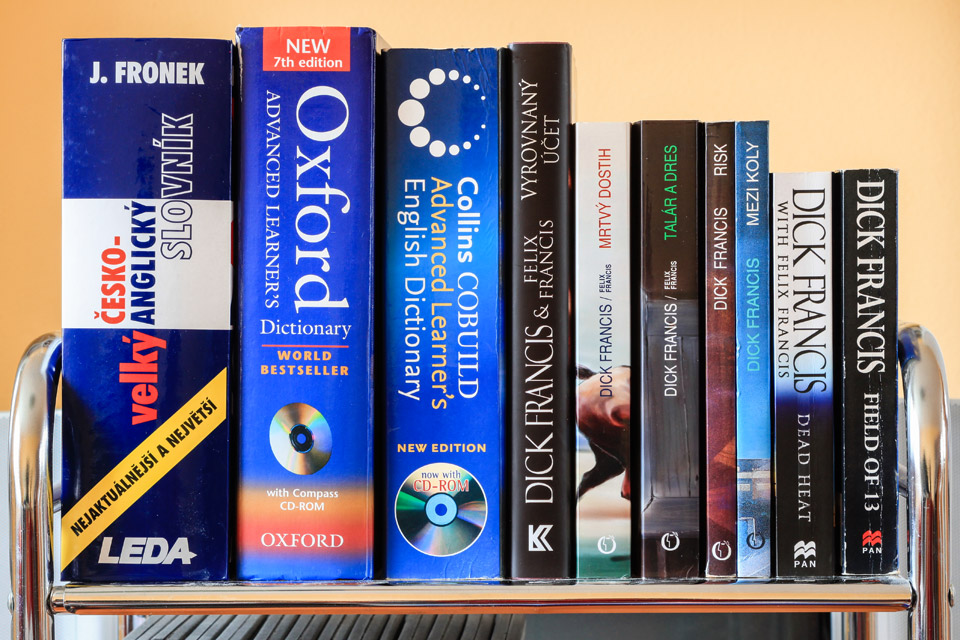 Some time ago I read a book in the Czech language and came to a statement saying literally that every cloud has a silver lining. It sounded strange to me as I’d never heard anyone to say such a phrase or saying in Czech. It didn’t fit in at all. As the book was a Czech translation of the English original, it occurred to me that the phrase might have been translated literally regardless of its possible figurative meaning so I went to look it up in a dictionary. It proved my suspicion true explaining that the saying means that every sad or difficult situation has a positive side. Properly translated it would simply be “everything bad is good for something” which is quite a common Czech saying.

This brought me to other thoughts. The book was written by Dick Francis, an English writer of horse-racing thrillers, who was very popular in the Czech Republic in the nineties. His books used to be sold out as soon as they came out. I myself have all of them in my bookcase, a few even in their English original.

Over 40 of Francis’ books were translated to Czech by Jaroslava Moserová, his exclusive translator. Her translations are brilliant – gripping, entertaining, readable – but I hadn’t attached proper importance to this exclusivity before. Well, before she died in 2006. We bought then a few new books whose authorship is shared by Dick Francis and his son Felix and which are translated by a different translator and I can tell the difference. The difference both in the authorship and translation.

I’ve arrived at a realisation that although the author of a book is most important, if the translation is bad, it may spoil the work or change its meaning thoroughly. Have you ever read a book translated by two different translators? How dissimilar the books could and surely would be.

Getting back to the saying I started with, I always remember it when I see clouds in the sky lit by soft glow shining from behind…

Sayings are so interesting, aren’t they? You beat around the bush while I “go around hot puree”. You have a bee in your bonnet while I “have a beetle in my head”. You are as sound as a bell or as fit as a fiddle while I am “as healthy as a little fish” or “as healthy as beet”. I love every new one I get to know because they show me that we all want to express the same, just finding different ways.