December will end tomorrow so here I am with the final photos that I’ve taken and selected to represent the theme A THING OR SCENE CAPTURED IN THREE DIFFERENT WAYS assigned to this month in my 12-month photo project. The aim of this theme was to look at the objects and scenes that we photograph from different angles, perspective or distance to realise there is more than one way how to see and capture them.

I decided to arrange the final trios into horizontal triptychs to visualise the differences, here they are.

If I am not mistaken, this door leads to a café but I had different thoughts to deal with when watching it. The photo in the middle was the first obvious shot which I would have taken and left but I also like those two different angles highlighting different parts of the scene and yet featuring the door. 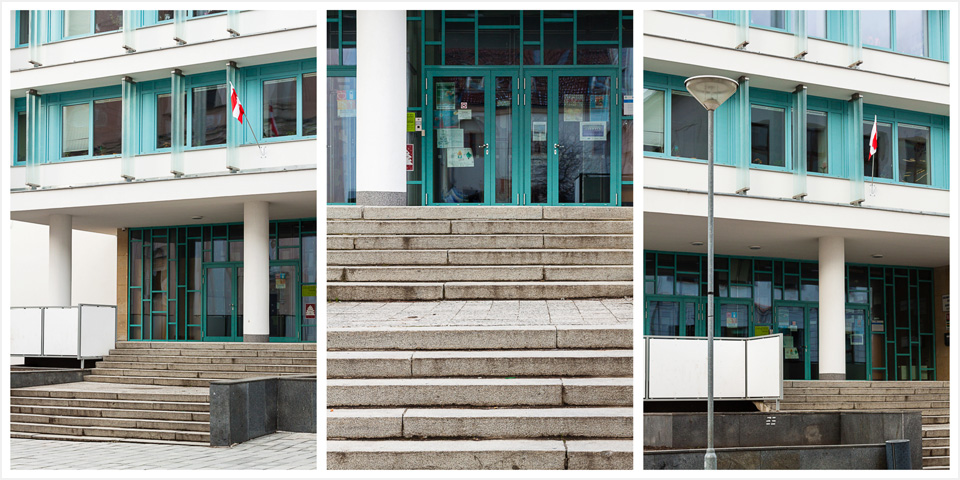 I love the colours and lines of this building and always feel tempted to take a photo or two when passing it. This time I focused on its entrance and found out it looks good from many angles. 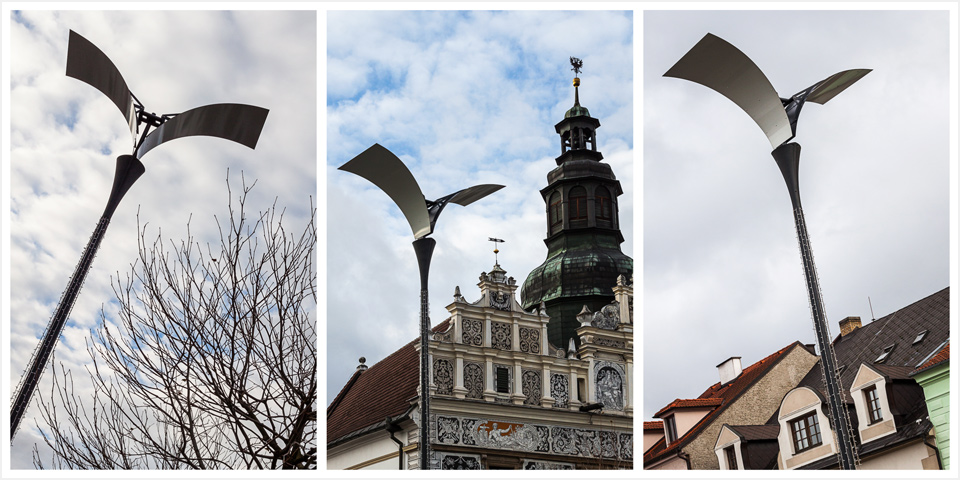 Here it is not obvious at all but it is the same lamp in all the photos. I was playing with the lamp and its surroundings for quite a while, it felt intriguing.

Another streetlamp, other options. So simple and yet so effective.

An old shabby building with an interesting style… Again, I would have taken the first photo and left but with the theme in mind I tried to find more and I like the other photos as well.

It took time to look for different stories told by a scene that attracted my attention but the results were often quite surprising and interesting. It definitely is a good training for a photographer to open their mind and listen to both conscious and subconscious ideas springing into life.

And that’s it. It is the last month of the year which means that the project is over, you can find all its related posts HERE. The objective of the project was “to get out and shoot, to think about the contents of the photos carefully and to practise processing the photos in different ways” and I am happy to say that all of this came true. I’d like to add that my hubby, who joined me and became part of the project, posted his photos on his blog where you can have a look at them. We visited the same places but our photos are so different… sometimes I can’t believe it. We are preparing a new project for next year, I’ll tell you more about it later.

Looking forward to 2018 and wishing you a Happy New Year!