A few weeks ago, I wrote about an exhibition we visited in the Zbiroh castle and this time I’d like to draw attention to the castle itself. When we arrived there, I was quite surprised to see how big it was and what a large park it was surrounded by.

I looked up some information about the castle’s history for you and here are the most interesting pieces:

The castle was built at the end of 12th century by a nobleman not by a king, which happened in Bohemia for the first time.

The castle went through several architectural styles (Romanic, Gothic, Renaissance, New-renaissance) and the history of the castle is full of ups and downs.

The castle is referred to as a castle of three emperors as it was owned by Charles IV, Sigismund of Luxemburg and Rudolf II.

The castle is built on hard rock being able to reflect radio waves. That’s why it was occupied first by an SS staff during the WWII and then by the Czechoslovak army.

The castle well, which was dug in the hard rock, is 163 metres deep, which represents the deepest well in Europe.

From 1910 to 1928, a Czech Art Nouveau painter and decorative artist Alphonse Mucha resided in the castle and created here his “Slav Epic”. It is a cycle of 20 large canvases (up to six metres tall and eight metres wide) which depict the history of Czechs and other Slavic peoples.

Army left the castle in 1997. In 2004, the empty castle was handed over to the city Zbiroh that sold it to a private company. The castle was renovated and in 2005 opened to the public.

I find it wonderful that such a place was not left to decay… don’t you think so? 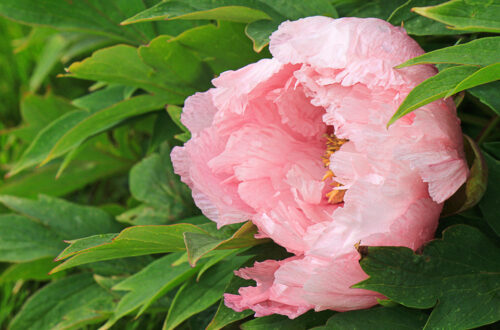